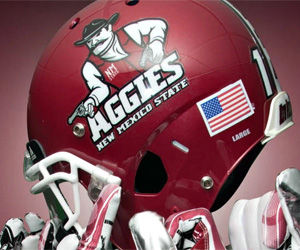 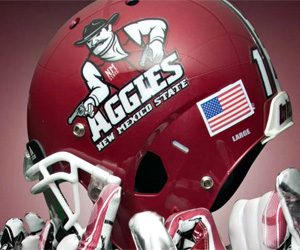 The NCAA tournament is best known for its wild upsets and improbable contenders. Everyone loves a Cinderella school, especially sports bettors. Last year, South Carolina went to the Final Four as a No. 7 seed and there could be more surprises hiding in the bracket this March.
Here are a few expert sports betting picks on Cinderella teams to back either at the sportsbook or on your bracket during the NCAA tournament. And for the sake of the glass slipper fitting properly, these Cinderella teams are seeded No. 6 or lower:

The Cougars nearly claimed the AAC tournament title after a red-hot run through the conference tournament. Houston fell just short versus Cincinnati but managed to cover the spread and extended its ATS run to 8-2 in its last 10 games. The Cougars are among the defensive elite in the NCAA tournament, limiting foes to only 64.9 points per game and ranking 18th in adjusted defensive efficiency.
The Cougars open up as 4-point favorites against the San Diego State Aztecs, who could be bound for a letdown after their upset win in the MWC tournament. Following SDSU, Houston could run into Michigan or Montana, with the Wolverines another surprise tournament winner in the Big Ten.

The Aggies are back in the Big Dance for the fifth time in the past six seasons, so they won’t be caught up in the bright lights and pressure of the national tournament. New Mexico State brings momentum into March with six straight wins and have been firing on all cylinders on both ends of the floor. The Aggies defense is their biggest weapon, allowing just under 64 points per game and boasting the best defensive efficiency of any true mid-major school in the tournament.
New Mexico State is in the always-dangerous No. 12 spot, and takes on a vulnerable No. 5 in Clemson. The Aggies are 4.5-point underdogs against a Tigers team that stumbled into the tournament with five losses in their past eight games. After Clemson, NMSU could take on either Auburn or Charleston – another good matchup in the Round of 32.

The Ramblers already have an appetite for upsets, having knocked off Florida back in December. This team is extremely dangerous, having won 10 straight games heading into March Madness and covered the spread in seven of those contests. Loyola-Chicago has a smoothering defense and an offense backed behind the arc. It shoots 50 percent from the field, including almost 40 percent from distance.
The Ramblers takes on Miami as mere 2-point pups in the Rounds of 64, then play the winner of the Tennessee/Wright State matchup. From there, Loyola-Chicago faces either Cincinnati, Texas, Nevada or Georgia State – not exactly NCAA royalty.

The C-USA tournament champs were one of the best bets in the country and took No. 1 seed Xavier to a very close game back in December. The Thundering Herd are an active team on defense, posting 5.8 blocks per game – sixth most in the country – and forcing 14 turnovers per contest. On offense, they boast two 20-point scorers in the guard tandem of Jon Elmore and C.J. Burks. They love to push the tempo and average 84.3 points per outing – 12th most in the country.
Marshall takes on No. 4 Wichita State in the opening round, with the Shockers staggering a bit as the Big Dance gets underway. The Shockers could get locked in a shootout with the Herd, and when that happens so does the improbable, like an 11.5-point underdog winning outright. Following that game, the Thundering Herd could find themselves up against West Virginia or Murray State before the first weekend is over.