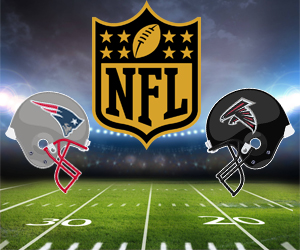 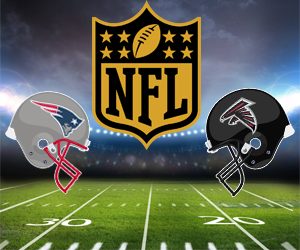 The eyes of the sports betting industry will be on Houston, Texas February 5 when the New England Patriots take on the Atlanta Falcons in Super Bowl LI. Oddsmakers have set the AFC Champion Patriots as field-goal favorites while the Big Game total is just that – Big – opening at 58.5 points.

The Super Bowl is an odd game when sized up against all other previous NFL contests. In those games, the books will move their odds of the sharp money, respecting the opinion of the wiseguys rather than adjusting lines on smaller public plays. The Super Bowl, however, is the other way around.

With the NFL finale being the most-bet game on the sports calendar, sportsbooks know there is going to be much more money from the “joes” compared to the “pros”. And while they do respect those sharp opinions – and the sizable wagers that come with them – they’re less likely to move the spread.

This is especially true early on in the Super Bowl market. It is estimated that at least 95 percent of the betting handle on the Super Bowl comes in the weekend of the game. So bigger bets made during the week before don’t have as much of a splash.

Looking at this year’s line, the Patriots are drawing early public support and books believe this could go up to New England -3.5 at some point between now and kickoff. They’re also certain that they won’t be dropping the spread any lower than three.

With that in mind, if you’re looking to bet the Pats, you’re merely shopping for the best juice on -3 right now. If you’re betting Atlanta, it may be worth it to wait until as long as you can to get that half-point hook at +3.5 and possibly even +4 depending on your sportsbook.

Books have broken the record for the highest Super Bowl total ever, as it currently stands. The 58.5 is 1.5 points higher than the 57-point number for Super Bowl XLIV between the New Orleans Saints and Indianapolis Colts. Those two combined for only 48 points and stayed well Under that total.

The Falcons have a remarkable 15-2-1 Over/Under record this season, sitting as the top scoring offense in the league with 33.8 points per game. Atlanta hasn’t gone Under a total since Week 10 back in November and eclipsed the highest playoff total in NFL betting history – 60 points – with a 44-21 win over Green Bay.

The Patriots, on the other hand, are the lowest scoring defense in the NFL, giving up just 15.6 points per game. New England was 6-10 O/U in the regular season but has topped the number in both playoff games and can fill up the scoreboard, averaging 27.6 points on offense – third most in the NFL.

The Over is a popular bet among the casual bettor, and therefore a very popular play for the Super Bowl. If wiseguys are going to get involved in any level of this game, it will likely be the total.

Knowing that the Falcons are the most lucrative Over bet in football betting history and that the Patriots also tout a high-powered attack, this total will likely climb higher than its current stand. There could be tremendous value in the Under if this number inches too high.

Prop betting used to be considered a square’s game but more and more wiseguys are seeing value in these alternate options. The best way to tackle the endless list of props is to first figure out your spread and total bets, then dissect the prop odds to coincide with how you see the game playing out.

If you’re playing the Falcons, there’s a good chance Atlanta is going to have to get to Tom Brady often. So, with that in mind, you may want to take the Over for Falcons’ total number of sacks or Under on Brady’s total completions.

If you’re betting the Patriots, you may think they will try to limit possessions for Matt Ryan & Co. by chewing up clock and running the football. In that case, take a hard look at LeGarrette Blount’s total carries or rushing yards and side with the Over.