The College football season is coming to an end on Monday night. The number one team in America for most of the season has made it to the finale and an unranked team to start the year has made a surprising run to this game.

The #1 Georgia Bulldogs will face off against the TCU Horned Frogs in College Football Playoff Championship in Los Angeles.

TCU however, was not expected to be here. They have a first-year head coach in Sonny Dykes, and the QB, Max Duggan, was not the starter to begin the season.

Both of these teams survived amazing semi-final match-ups. Georgia had to claw back from down 3 scores to beat The Ohio State Buckeyes on New Year’s eve, and the Horned Frogs had to hold on for dear life against the Michigan Wolverines.

Georgia is led by their stout defense and their seasoned QB Stetson Bennett. Bennett was originally a walk-on that earned the job last year en route to the school’s first national championship since 1980. If he is able to get a second consecutive title, he will put himself in some rarified air. He has been stellar in late-game situations his whole career.

Duggan has been a superstar this year for the Horned Frogs who don’t know how to die. They have fought back from multiple fourth-quarter deficits this year. Duggan finished second to Caleb Williams of USC for the Heisman Trophy. He has a few special playmakers, including future NFL first-round pick Quentin Johnson.

A roster full of 5-star recruits should have the advantage at nearly every position vs TCU. However, that has been the case with TCU in most games this year. They look to be a team destined to make it to this stage.

If the Horned Frogs are able to make it through Michigan and then unseat the unbeaten Bulldogs, it will be one of the greatest surprises in recent college football memory.

It is not often that an unranked team makes it all the way to this position, and if they are able to get it done, Max Duggan and TCU will be remembered forever. And if not, Stetson Bennett may go down as one of the greatest winners the sport has ever seen.

It all comes down to this 🍿

The College football season is coming to an end on Monday night. The number one team in America for most of the season has made […]
Do you like it?0
0 Read more 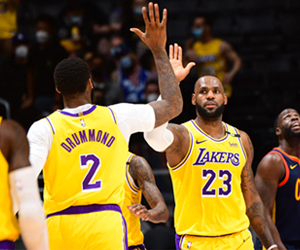 The Los Angeles Lakers will travel north to take on the Sacramento Kings. The Lakers are having another underwhelming season and in 12th place in […]
Do you like it?0
0 Read more 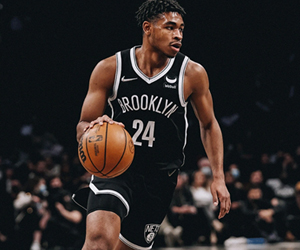 The Brooklyn Nets will travel south to face the shorthanded New Orleans Pelicans. The Nets are on a tear and have won 12 of their […]
Do you like it?0
0 Read more 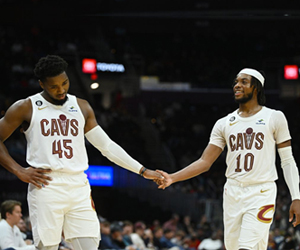 The Cleveland Cavaliers will make the short trek to Chicago to face the Bulls at the United Center. The Cavaliers are having a solid season […]
Do you like it?0
0 Read more
Prev page
1234567
Next page