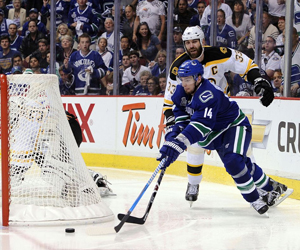 The 12-8-1 Boston Bruins will face the 9-14-2 Vancouver Canucks in the Rogers Arena on Wednesday night.

The Bruins are a couple points out of a Wild Card spot and could use a win to push them closer, while the Canucks are one of the worst teams in the Western Conference and looking to go on a winning streak.

The Bruins are having a mediocre season. However, the season is only a quarter of the way through, so they have plenty of time to put themselves in the playoff picture. They are 3-2-1 over their last six games and need to string together a couple of wins to grab a Wild Card spot. They are the better team of these two but are playing on the road in a very loud stadium.

The Canucks are almost at the bottom of the Western Conference. However, the Western Conference is tightly packed, and they are only 11 points out of a Wild Card spot. They probably will not make the playoffs this season, but don’t tell the Canucks that. If they use their home crowd’s energy and the momentum from their 4-0 win last game against the Los Angeles Kings, they could pull out the win.

The Bruins have a high-scoring offense and the edge in this game. If they depend on their goal scorers the way they usually do, they will win this game. However, if their offense is not operating efficiently, the Canucks could pull out the victory at home.

"We feel like our game is getting better, and we just want to build off that and focus on the areas we feel like we do a good job."

📰 Assistant Coach Joe Sacco will continue to fill in for Bruce Cassidy as the B's head to Canada ⤵️ https://t.co/i7GHcOBIEB