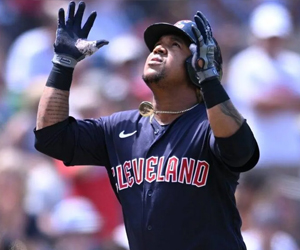 The Cleveland Guardians will take on the Seattle Mariners for the third game in a four-game series. Both teams are in Playoff spots but fighting to maintain their positions.

The Guardians are in first place in the worst division in baseball. Their 66-57 record is solid but would put them out of the Playoff picture in any other division.

The Mariners are having one of their best seasons in 20 years. Their 68-57 record puts them 12.5-games back of the Houston Astros in the AL West, but they are sitting in the third Wild Card spot and have a 2.5-game lead over the Baltimore Orioles.

Mitch Haniger responded for Seattle when he hit a three-run home run. Rookie Julio Rodriguez and Jesse Winker were sent home by the home run. Andre Munoz sealed the game for Seattle and got his third save of the season.

I do not know if Seattle will win the second game of this series, but they should have no problem winning game three. Dominican righty Luis Castillo will get the start and be going up against Zach Plesac.

Luis Castillo only has a 5-5 record, but he has been tough to hit against this season. He was traded to the Mariners a few days before the Trade Deadline and has arguably been better in Seattle. In four starts, he has given up nine runs. He is averaging almost 6.5 innings a game in this four-game span and over seven strikeouts.

Zach Plesac went 10-6 last season but has not been able to replicate that success this season. He is 2-11 with a 4.43 ERA and 1.36 WHIP. He has received very little run support but also has not kept his team in games.

In addition to the pitching edge Seattle has, they are a little bit better at home. Their offense is a little worse than Cleveland’s, but they are facing tougher opponents. Bet on the Mariners to win and cover the spread.

The Cleveland Guardians will take on the Seattle Mariners for the third game in a four-game series. Both teams are in Playoff spots but fighting […]
Do you like it?0
0 Read more