The New Year has been packed with surprises on the NBA hardwood, with basketball bettors cashing in on these trends and runs. If you’re betting on the NBA live odds comparison this week, make sure to look closely at these opportunities to slam dunk at the sportsbook.

Walking in Memphis
The Memphis Grizzlies are climbing out of the NBA basement thanks to a seven-game winning streak in which they’ve gone 6-1 against the pointspread. Memphis kicked off this run with an upset win over the Clipper in LA but its been a home-friendly slate that’s helped keep the momentum going.

The Grizzlies have played five straight games inside the FedEx Forum, averaging almost 122 points per game in that stand. Memphis beat the Cleveland Cavaliers 113-109 Friday night, but that result snapped its ATS winning run, failing to cover as a 9.5-point favorite. The Grizzlies have one more home game in this current stretch, host the New Orleans Pelicans Monday.

Mavs momentum
The Dallas Mavericks don’t waste any clock finding their offensive form this season. Dallas is averaging 29.5 points per first quarter, which is third best in the NBA. On the flip side of this, the Mavs are allowing opponents to score 28.3 points against in that opening frame.

All those early buckets add up for total bettors playing the popular derivative markets, with Dallas posting an Over/Under record of 23-17-1 in the opening quarter this year.

Better off without him?
The Brooklyn Nets recently returned star point guard Kyrie Irving after he missed almost two months with a shoulder injury and the result are not what Brooklyn expected.

The Nets have dropped two of those three games, adding to the team’s funk which has led them to a 2-8 SU record and 5-5 ATS mark in that span. With Irving in the lineup, the Nets bested the Atlanta Hawks but have lost back-to-back games against the Utah Jazz and Philadelphia 76ers.

Brooklyn is scoring only 107 points and committing almost 18 turnovers per game over those three games with Irving on the court. He’s scoring just over 22 points in that span and has already started complaining about chemistry and the team’s needs in a season in which Kevin Durant is sitting out with an Achilles injury.

Brooklyn could be perfect fade material in the next few games, with the Nets playing a tough slate of three home games versus Milwaukee, Philadelphia and the LA Lakers. The Nets are 11-9 ATS at home this season but just 1-5 ATS versus teams with a record of .600 or better. 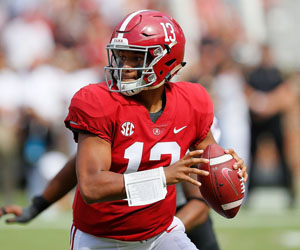