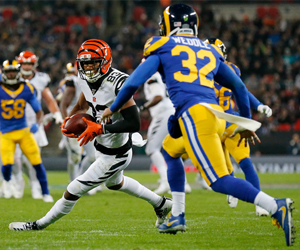 The cumulation of excitement building through 18 weeks of regular season warfare and perhaps the most memorable playoff stretch we’ve seen has us on the cusp of Super Bowl LVI in Cali. On that note, time to explore some SB history to help get us through the final anticipatory days leading up to the big game.

The term “Super Bowl” resonates with the casual fan and diehard alike. After all, most of us don’t need much of an excuse to bet and celebrate our asses off on SB Sunday.

Booyah! That said, have you ever wondered where the moniker came from?

Click on the image to check the live odds

The first game between the incumbent NFL and upstart AFL factions was called the “i” The next two showdowns would be coined the “i” In year four, “Super Bowl” was now the official designation. The following year, Roman numerals entered the equation and

Super Bowl V was in the books.

Lamar Hunt:
You have likely heard the story about the late Kansas City Chiefs owner Lamar Hunt bouncing the name Super Bowl around early league meetings with the term eventually catching on. Hunt claims the idea was born from a children’s toy which was popular in that era: 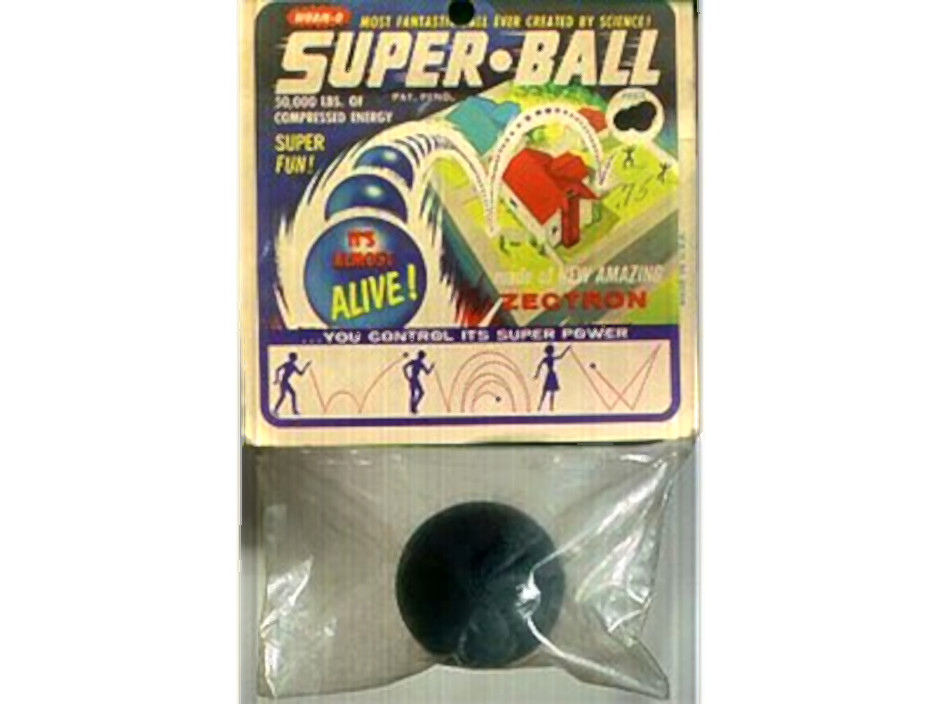 In 1986, Hunt officially made an assertion that he hatched the term which is now sewn into the American fabric. In fact, the Pro Football Hall of Fame has a display of “Super Balls” in the Hall’s Lamar Hunt Super Bowl Gallery.

Unfortunately, in recent times, a bit of a wrench was thrown into the machine. Numerous sources have come to light which were actually references perhaps even before Hunt’s proposed timeline.

With college bowl games being played for decades before the first NFL championships, the term “bowl” was nothing new to football. After the AFL-NFL merger became a thing in June 1966, “super” began to be associated with the big game.

On June 10th, New York Times sports columnist Arthur Daley wrote “a new super-duper football game for what amounts to the championship of the world” was about to take place. In September of that year, The New York Times sports section headline proclaimed “NFL Set to Open Season That Will End in Super Bowl.” The Los Angeles Times lead piece also referred to the pinnacle game as the “Super Bowl.” A week later, the Washington Post joined the party with the exact reference.

While some ambiguity clearly exists on this front, if one were to put the pieces of the puzzle together, it seems to point to an organic origin rather than one man’s epiphany. It appears the usage of “super” was thinly associated with the championship game from the beginning.

That’s certainly not to take away from Lamar Hunt’s amazing contributions to the game of pro football, but it does provide an opportunity to drop some knowledge on the Super Bowl party crowd this Sunday.
You’re welcome! 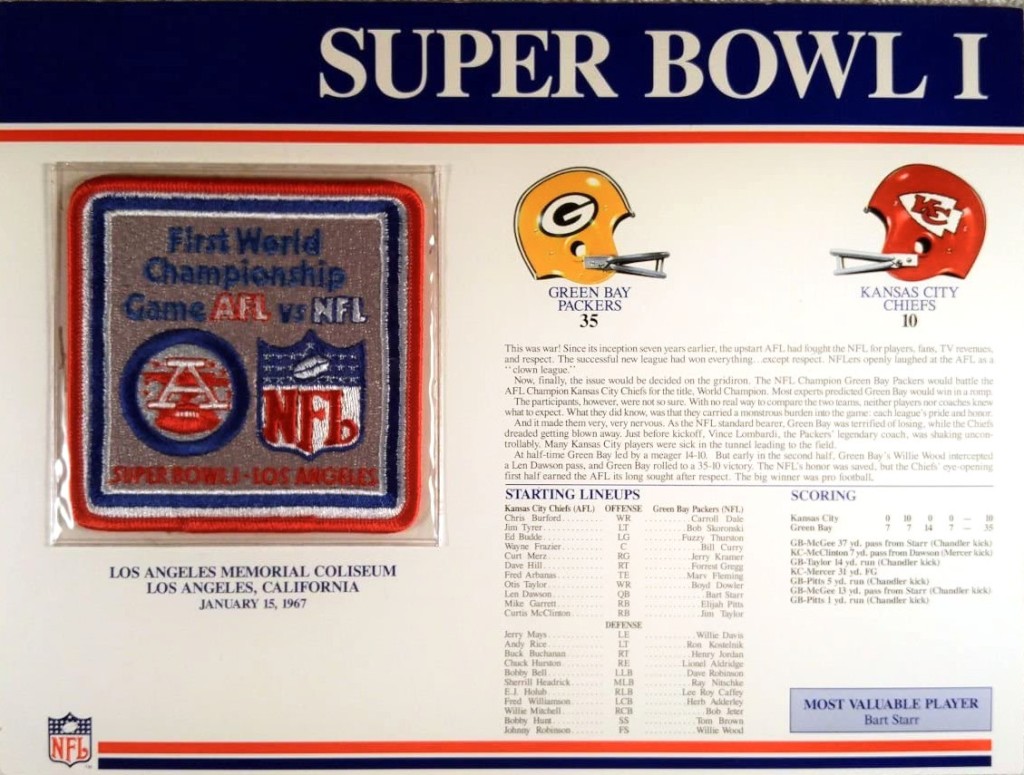 The cultural leviathan the NFL would one day become wasn’t readily apparent with the earliest efforts to merge the leagues and create a major hosting platform to showcase the championship game.

In the first meeting of the NFL/AFL in January 1967, the $15, $12 and $10 seats at Los Angeles Memorial Coliseum didn’t fly out of ticket booths as many had hoped. The NFL insisted on a 75-mile TV blackout to boost sales. In what is now recognized as the first Super Bowl, the game didn’t sell out — although 62,000 of the 93,000 available seats were purchased.

Yes, this is hard to imagine with peeps willing to fork out thousands per ticket today, but nonetheless, it’s an interesting side note that encapsulates the foundational challenges as the modern-day NFL concrete was then being cured.

When the ceremonial presenting of sport-related trophies was revived in the 1870s, the artisans at Tiffany amp; Co hollowware workshop in Cumberland, Rhode Island began producing works of art for various sporting entities from horse racing to golf.

According to the Tiffany amp; Co website: “In 1959, the National Football Foundation commissioned Tiffany to create the MacArthur Bowl honoring General Douglas MacArthur. The trophy is given to the year’s best college football team, selected through a poll conducted by the Foundation.”

Once the Super Bowl came to fruition, it was a natural progression for Tiffany to begin producing the trophy presented to the winner of pro football’s grandest event. The sleek, sterling silver, 22-inch, 7-pound trophy became an iconic part of the pomp in presenting the winning team with a crown jewel representing their championship run.

As Tiffany states: “i” 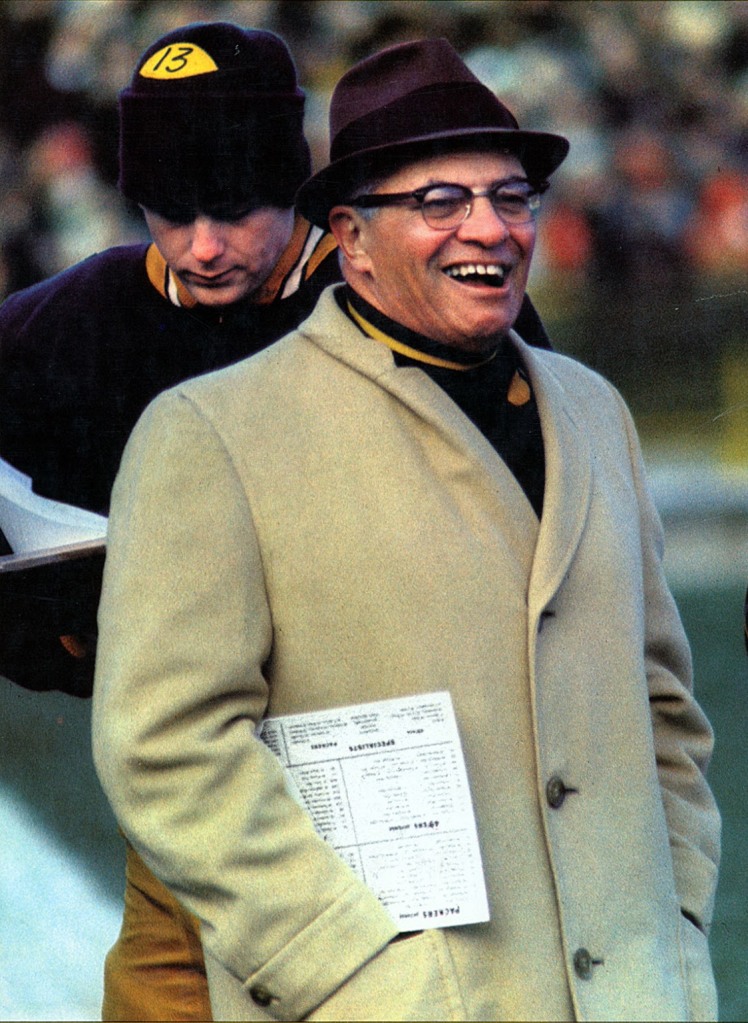 The legendary Vince Lombardi was victorious in Super Bowls One and Two. After his death in 1970, the trophy was renamed in his honor and was part of the Super Bowl Three ceremonies. The Lombardi Trophy has been presented to NFL champs ever since.

The Roman numerals of the corresponding SB and team info are engraved as a lasting testament to the sacrifice and attrition along the road to winning the apex trophy in American sports.

With just days remaining, the Lombardi will again be hoisted on a warm Sunday in SoFi Stadium.
Photos courtesy of Pinterest

2-star pick on this game. Click here to see the pick on your profile!

The cumulation of excitement building through 18 weeks of regular season warfare and perhaps the most memorable playoff stretch we’ve seen has us on the […]
Do you like it?0
0 Read more