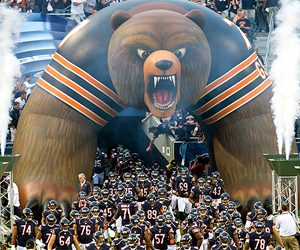 Thanksgiving is the official start to the postseason push in the NFL, for those teams in the playoff hunt. For those teams outside of that, the holiday week can signify the death toll on the season. It’s at this point in which coaches and GMs start looking ahead to next season, playing younger players, tinkering with lineups, and even – perhaps – tanking to improve draft position.

Here are two teams that could be pulling the plug on the remainder of the NFL. These are free sports betting picks so bet accordingly…

Chicago Bears (2-7 SU, 2-7 ATS)
When it rains it pours in the Windy City. Injuries have ravaged this roster, most notably the offensive line. That’s led to poor protection for quarterback Jay Cutler, who is already prone to mistakes. The wheels came off the Bears’ bus last week in an embarrassing loss at Tampa Bay – a game in which oddsmakers actually made Chicago a 2.5-point road favorite.

The cherry on top of the crap sundae that is the Bears’ 2016 campaign is the loss of stud WR Alshon Jeffery to a four-game drug ban. All that has the Bears https://dietitianlavleen.com/where-to-get-ambien/ getting more than a touchdown visiting the Giants Sunday. Following that game, Chicago takes on Tennessee and San Francisco at home, which should provide some solid line value to go against the reeling Bears.

Cincinnati Bengals (3-5-1 SU, 3-6 ATS)
The Bengals aren’t out of the playoff race, and could make a push for the AFC North title if they suddenly turn things around. But a Wild Card spot is out of reach and with the way Cincinnati has stumbled in the last two months, with just one victory since the start of October. The Bengals are also 1-4 ATS in that span.

This trend could finally be the nail in the coffin for Marvin Lewis’ tenure in Cincy, after years of coming up short compared to rivals Pittsburgh and Baltimore. The Bengals offense hasn’t been able to consistently produce, averaging only 17 points per game in their last three losses. Cincinnati has a Week 11 date with Buffalo, giving the Bills 2.5 points. After that the Bengals take on the Ravens in Baltimore and host the Eagles. 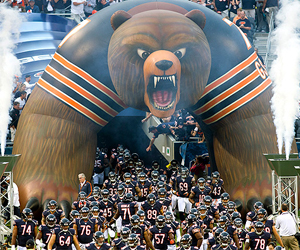 Thanksgiving is the official start to the postseason push in the NFL, for those teams in the playoff hunt. For those teams outside of that, the […]
Do you like it?0
0 Read more