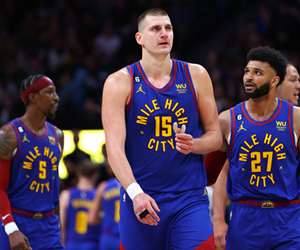 The Denver Nuggets will travel west to Sacramento to face the Kings for the second day in a row. As I write this, these teams are yet to face each other in their first matchup.

On the other side, the Kings are having a surprisingly strong season and sitting in sixth place in the Western Conference at 17-14.

The Nuggets are coming off a thrilling 128-125 victory against the Phoenix Suns on Christmas Day. Nikola Jokic had a monster 41-point, 15-assist, 11-rebound triple-double. Aaron Gordon and Jamal Murray also had strong games. Gordon had 28 points and 13 rebounds, and Murray had 26 points, five rebounds, and five assists.

The Kings are coming off a tough 125-111 loss to the Washington Wizards. The Wizards had an 18-point lead going into the half, and the Kings were not able to mount a comeback.

De’Aaron Fox led all Kings with 26 points, but Domantas Sabonis had a stronger all-around game and finished with a 20-point, 15-rebound, ten-assist triple-double. The Kings shot the ball well, but the Wizards were the better team and made over 55% of their shots.

The Kings are an exciting team, but I would bet on the Nuggets. The Nuggets are not excellent on the road but have a much better roster. Defensively, they rank in the top five and have only allowed 107.7 points over the last three games.

The Kings are fun to watch, but they are not playing their strongest basketball. They have not gone on a winning streak since November and are often winning one game and losing one game. In addition, they are facing a Nuggets squad that is coming off an exciting overtime win.

I realize that I have not spoken too positively about the Kings, but they are a solid team. They are just outmatched against the Nuggets. Bet on Denver.

The Denver Nuggets will travel west to Sacramento to face the Kings for the second day in a row. As I write this, these teams […]
Do you like it?0
0 Read more