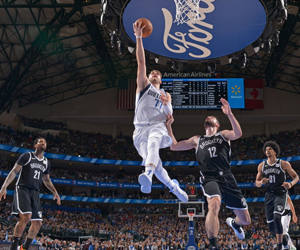 The Nets look to be the stronger foe and are currently the top seeded team in the east, even without star guard Kyrie Irving, who is out due to not following COVID-19 vaccination protocol.

The Mavericks have been a mixed batch this season, and most of their losses have not been down to lack of ability, but rather injuries. The Mavericks are entering the contest with star guard Luka Doncic questionable, as he is currently dealing with a sore ankle.

In Brooklyn, the team has been riding the coattails of start guard James Harden and MVP candidate forward Kevin Durant. The Nets have won six out of their last eight contests as they face off Tuesday in Dallas.

Durant is currently leading the league in scoring, while his teammate Harden is second in the league in assists per game. Look for these two to continue their tear in Dallas.

With a banged up Doncic, and an injured Kristaps Porzingis (who is probable to play in this matchup), the Mavericks will be coming into this contest injured as they face off against one the league’s best.

Even at full strength, this would be a difficult matchup for the Mavericks, and this is reflected in the odds below.

Inside our four-game road trip kicking off with a back-to-back deep in the heart of Texas ✈️https://t.co/ZJilZRXjdB

In a week that saw some early season shuffling among ranked teams, the Florida Gators (6-0 SU, 5-1 ATS) made the most significant jump, moving […]
Do you like it?0
0 Read more