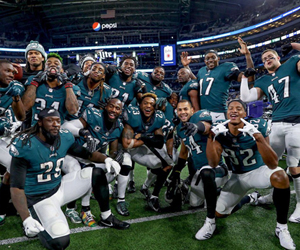 The Philadelphia Eagles are flying high after their Week 3 victory over the Washington Commanders as they are now just one of two undefeated teams remaining in the league.

Their success has gone far from unnoticed as all of their odds have been soaring across the board.

On the offensive side of things, the connection between Jalen Hurts and his receivers has been unmatched as they are averaging the third most yards per game at 296.7 ypg. Philly is also putting up the fifth most points per game at 28.7.

Looking at the odds and comparing them to where they opened, this looks like a completely different team. Their Super Bowl 57 odds opened up at 4000 and went as high as 4500 at one point during the offseason.

The week prior to the season, they went in at 2100, and now after three explosive weeks, they sit with the third shortest odds at 800 and are just one of four teams with odds under 1000 to win the Super Bowl.

Looking at their other futures odds, they are now the odds on favorite to win the NFC Championship with 330 odds after opening at 2500 in the preseason and going into the season at 1000.

Notably, they sit ahead of NFC powerhouses in the Tampa Bay Buccaneers and defending Super Bowl champions, the Los Angeles Rams.

As for the NFC East divisional odds, they’ve completely taken over as heavy -400 favorites after opening at 350 in February of 2022. They went into the season at 150 odds, but with the injuries to the Dallas Cowboys, the original preseason favorite, they’ve quickly taken over the top spot.

Other odds that have taken a significant leap in the right direction backing their Super Bowl odds include their odds to make the playoffs and their projected season win total.

Going back to the play of Jalen Hurts though, he is front and center in terms of what is leading this Eagles team right now. After three weeks, he has the third most passing yards (916), 4 touchdowns, 167 rushing yards, and is tied for the second most rushing touchdowns (3).

His odds to win the MVP are currently at 650 ahead of guys like Patrick Mahomes and Justin Herbert. His odds also opened way back at 4500 in the preseason.

They take care of the Commanders on the road! pic.twitter.com/UHWPgJmm4L

| Title: Getting In On The Philadelphia Eagles Odds Before Its Too Late
| Author: Sam Profeta
| Date: Sep 28, 2022 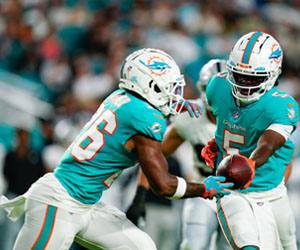 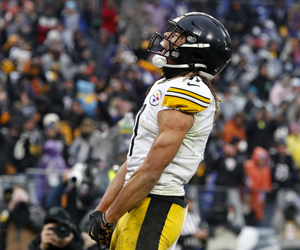 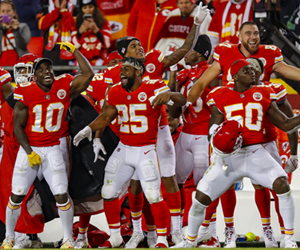