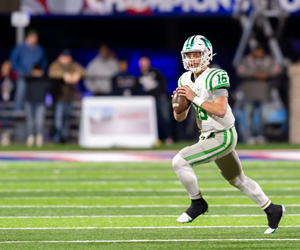 The recruitment tussle for another chapter of the Manning QB coterie ended with the usual suspects left without a chair when the music stopped.

The likes of Bama’, Georgia and Clemson were surprisingly shunned when 6’4" Arch Manning, from Isidore Newman School based in Nola’, choose the burnt orange from Austin, TX as his landing spot.

Arch Manning is the son of Cooper, nephew of Eli and Peyton, and grandson of Archie. Needless to say, with that type of gravitas in his lineage, Longhorn Nation is stoked at the possibility of returning to glory.

Texas last won a National Title in 2005 under Mack Brown with QB Vince Young leading the way. The Longhorns haven’t tasted a top-5 ranking since 2010. Under first year coach Steve Sarkisian in 2021, Texas started off 4-1 only to implode and drop 6 of their last seven contests. The folks in Austin hope Manning will emerge as a catalyst in revising the program to championship-contender status.

Athletes who exhibit certain qualities are always critiqued by using models of recent players who have demonstrated ability and success. Analysts across America seem to have a clear comparison favorite, and they see Arch Manning as a prototype of former LSU Tiger and NFL star Joe Burrow. Overall size and tool sets do indeed seem to be worthy of correlation. Website 247Sports had a really solid assessment of Manning’s skillset, including the following:

Displays excellent arm talent, showing the ability to make every throw on the field within the pocket. Shows the ability to drive the ball down the field and play with velocity. Excels as an intermediate passer, displaying the ability to consistently deliver the ball accurately and on time while playing with anticipation. Throws an exceptional deep ball, flashing outstanding touch and ball placement allowing him to throw his receivers open.

In addition to possessing all the physical tools desired at the quarterback position, Manning plays the game with exceptional intuition and awareness, showing the ability to command and navigate the game at a very high level.

Committed to the University of Texas. #HookEm pic.twitter.com/jHYbjBaF5K

What to Look For

Truth be told, Manning’s decision to play in Austin is puzzling to many. On the surface, the Longhorn program seems to be firmly ensconced in 2nd-tier bowl contender limbo. After 3 winning seasons, last year’s 5-7 debacle was a real kick in the nut sack — and their 4th losing season over the past decade.

Texas was last a true title contender back in 2009. They lost the BCS Championship to Jimbo Fisher, Jameis Winston and the 14-0 Florida State Seminoles. Although hopes have exponentially risen since the announcement, Manning already has notable competition for the starting spot.

Redshirt Freshman — 6’2" Southlake, TX HS product Quinn Ewers — transferred from Ohio State to Austin after taking just two insignificant snaps last season with the Buckeyes. Ewers is more of a dual-threat presence than Manning, and figures to be a stout challenge for the starting position. With Ewers already on the roster, Manning’s choice of bringing his talent to Texas added to the mystery and intrigue.

Steve Sarkisian has a fairly mediocre record as a HC for a name that carries some stature, but boasts a history of helping young QB’s succeed in his time working on the offensive side. Arch Manning specifically chose Texas because of what he believes Sarkisian can do for his burgeoning career.

With notches like Mac Jones, Carson Palmer, Mark Sanchez, Matt Leinart, Jake Locker and Tua Tagovailoa on Sark’s belt, one can perhaps understand Manning’s desire to play under his tutelage. Arch took a similar route to Uncle Eli, who choose to follow former Tennessee QBs Coach David Cutliffe to Ole Miss when he became HC there. Cutliffe groomed all-time great Peyton Manning when he was a Volunteer.

Sarkisian and the school’s AD have committed to revitalizing the roster by attracting better quality recruits. Manning’s arrival has certainly put the Texas Longhorns back in the spotlight, and depending on his impact, could greatly change the fortunes of the iconic burnt-orange from Austin in the near future. 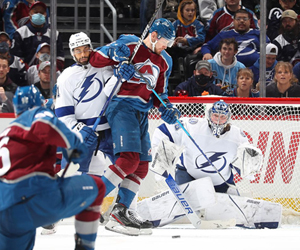 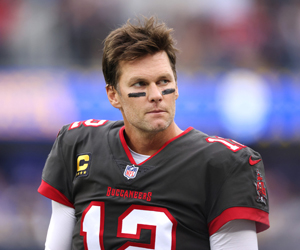 Wait, Brady is coming back? Feel a bit duped? Did the reality of carpooling the neighborhood kids to soccer become too much to fathom for […]
Do you like it?0
0 Read more 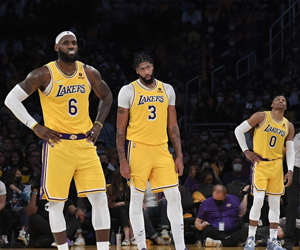 Why have the Lakers struggled this season and will they make the playoffs?